less than a minute read

At Common Code, we hold fortnightly talks designed to inspire, inform, educate and stimulate – and we're delighted to share them with you. Recently, Steve (a Common Code Tech Lead) held a talk on observability. Here's what he had to say. 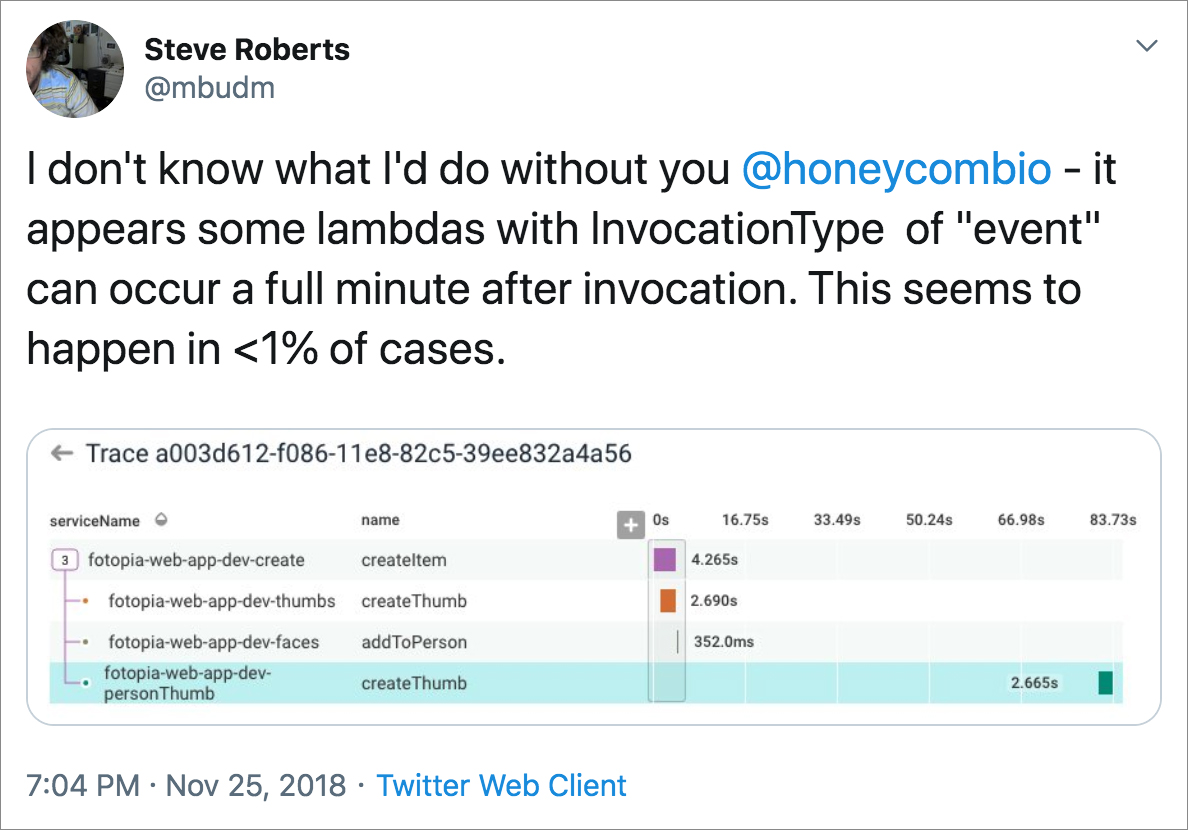 The trace graph in this tweet shows an AWS Lambda running a full minute after it was invoked from an event. This sort of extreme bounds of async behaviour in distributed systems is symptomatic of the complexity that software developers now have to deal with.

But what if those 1% include your most profitable or influential customers?

This is why, after being lucky enough to experience Charity Majors' Honeycomb observability pitch a couple of years back, I’ve become a bit of an observability evangelist. Understanding our systems and being able to quickly diagnose and fix them just makes sense.

In this Common Code Learns I share a few examples of observability in action with my fellow CCers, and now with you too.